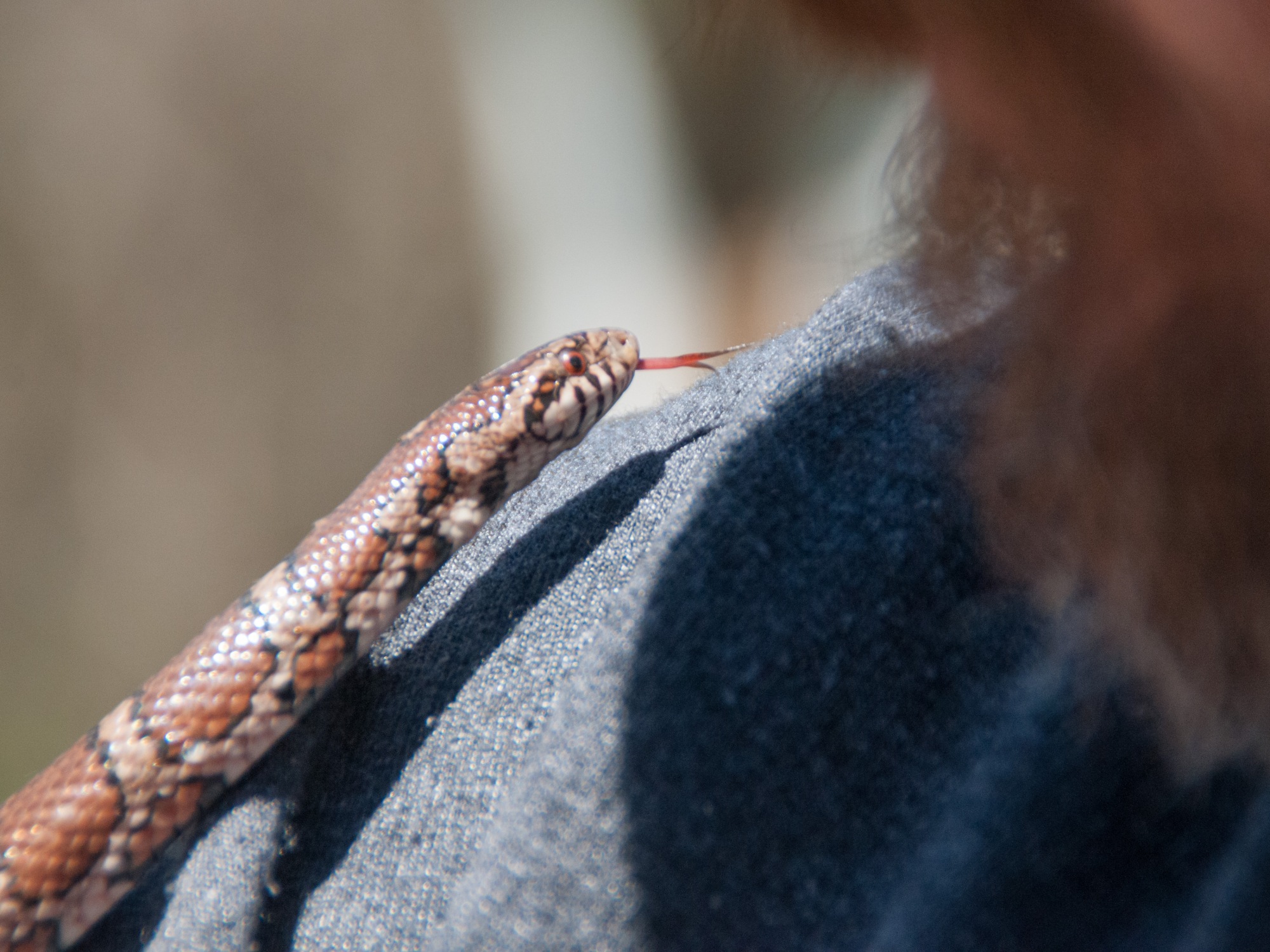 So what’s a herp anyway?  That’s the term often used by herpetologists for the subjects that they study: reptiles and amphibians.  These fascinating creatures are sometimes misunderstood, particularly snakes and often loved, especially turtles.  How much do you know about them?

Let’s start with the reptiles, particularly turtles.  Turtles are our oldest living reptiles and have gone practically unchanged in the 200 million years they have been in existence. They also are considered to be the more intelligent of the reptiles. Turtles have adapted to a variety of environments. Some are fully aquatic, never leaving the water except to lay eggs. Others, though they reside near water, seldom enter it.

Occasionally when turtles are discussed, the term tortoise may be used. This term usually refers to the large turtles that dwell on land. A “terrapin” normally is one of the aquatic, hard-shelled, often edible species.

Mention the word “snake,” and many people cringe, shudder, scream, run or all of the above. Snakes could be the most maligned, misunderstood, feared and hated animals known to man. Almost from the beginning of mankind (engravings of snakes were found on crafted antlers dating back to 8,000 B.C. to 15,000 B.C.), snakes have been a source of mystery, myth, folklore, fascination and fear. To ancient Hebrews, these serpents were the personification of evil, and early biblical references portrayed snakes as the sin-offering Satan.

Still, snakes have been popular symbols for countless centuries. The ancient Greeks believed that snakes had supernatural healing power, and even today the medical profession is symbolized by two snakes coiled around a winged staff. Called a Caduceus, the snake-encrusted staff originally was carried as a symbol of authority by Mercury, the messenger god of Roman mythology.

Even colonists in the early days of this nation emblazoned a rattlesnake on their first flag and on several others afterward. With the words “Don’t Tread On Me,” the rattlesnake (with 13 rattle segments, one for each colony) graphically and boldly portrayed the determination of a fledgling country to become independent. In a letter that appeared in Bradford’s Journal of December 27, 1775, it was written that “ancients regarded the serpent as an emblem of wisdom, and . . . of endless duration.”

Snakes have a highly developed sense of balance, have no external ear openings and use that flicking tongue to bring molecules to their Jacobsen’s organ. The tongue is moist and quite delicate, and it’s an important part of an extremely sensitive system used for tasting and smelling. (Some lizards and salamanders have similar systems.) Though the snake’s sense of taste is not highly developed, the ability to smell (although perhaps not in the same sense as humans) is excellent.

When extended, the tongue picks up microscopic particles from the air and brings them into the mouth. Here, the double-tipped tongue quickly places the samples into two small cavities embedded in the palate at the rear of the mouth. The cavities lead to a chemical receptor called the Jacobson’s organ. The Jacobson’s organ contains sensory cells able to identify chemical particles and transmits these sensations of taste-smell to the brain.

Even though they are unable to hear as can most other animals by sensing air-borne vibrations, snakes are sensitive to contact vibrations and in that sense have a well-developed sense of “hearing.” A bone called the columella, transmits vibrations from the lower jaw into the inner ear embedded in the side of the skull. It’s an effective method. Approaching footsteps are easily detected and the snake often escapes long before it might be seen by the approaching intruder.

When not in any hurry, a snake uses a caterpillar-like movement called rectilinear locomotion. This method of locomotion allows the snake to move in a straight line. To do so, the scutes (those belly scales) move in groups, alternately gripping and advancing; not all the scales on the belly move at the same time or in unison. Instead, several scutes in a group grip the surface over which the snake is moving and push forward, while the next group of scales is picked up slightly and moved forward. The second group of scales then grips the surface as a third group advances to be laid down in preparation to provide the grip, and so on. The effect is similar to the familiar method used by a caterpillar.

When the snake needs to move more rapidly, it uses another, more effective method, called serpentine locomotion. In this case, a series of writhing undulations is used in which the sides of the body are pushed against some solid object such as a tree, stone or even the rough surface of the ground. The unmoving objects provide a hold or push-point for each rib as it passes. As the snake moves, it alternately contracts and relaxes the muscles attached to the vertebrae, first one side, then the other. The result is a bending of the body into a series of S-curves, providing pressure points on the back side of each body curve. As the curved body pushes against the stable object, the snake is propelled forward in a wavelike motion. It is thought that the scutes are also used to help pull the body forward while gripping the surface.

Now we come to the amphibians.  This group includes frogs, salamanders and toads.  Frogs and toads are the only tailless amphibians in southeastern PA.  Their backbones and pelvis are highly modified to give them the ability to make those long jumps.  They have true vocal chords but it is usually only the male that sings, both to attract a mate and to define their territory.  To survive the winter they partially  burrow down into the mud at the bottom of a pond (frogs) or under a log or rock (toads).  If a frog went too deeply into the mud, they would suffocate, they depend on oxygen rich water to survive.  Their main strategy is to develop a type of “anti-freeze” by increasing the glucose level in their blood.  They may actually partially freeze but because of the high glucose level they don’t suffer the kind of damage we would if we got partially frozen!

Salamanders are a group of amphibians that are characterized by a lizard like appearance (but they don’t have scales!) with slender bodies, blunt snouts and short limbs that stick out at right angles to the body.  They have tails, both as larvae and adults that they can detach in order to escape a predator and then grow back. Pennsylvania has 22 species of salamanders representing five families and 11 genera. There are seven different families of salamanders in North America. All need moisture to survive. Their skin is smooth and must remain moist. Even the so-called terrestrial species can live only in areas that are moist or damp.

Interested in getting up close and person with these critters? Stay tuned on our calendar for herp related events and check out our Community Science page to stay tuned for PARS (PA AMphibian and Reptile Survey) data!

You can also subscribe to our YouTube Channel. We love posting about animals, some of which include a variety of herps!